watch 01:50
Wiki Targeted (Entertainment)
Do you like this video?
Play Sound

"What Dad Would Do For A Sausage" is an Elmore Stream-It video. It comes in three parts and was uploaded by Gumball Watterson.

Richard, wearing blue tights, socks, sandals, make-up, and a sombrero, walks into the store. Larry asks how he can help him. Richard replies by pointing a carrot at Larry and declares a stick up, then demands for all the toilet paper in the store. Confused, Larry exclaims "What?" and the video ends.

Part 2 opens with Miss Simian telling her students what today's lesson is. Suddenly, Richard bursts through the door, slapping his chest and butt, while chanting gibberish.

Part 3 opens once again with a different scene, this time on the sidewalk in front of a building. Richard stares at the Donut Cop for a few minutes, huffing and puffing, making the sheriff extremely uncomfortable. Then, Richard knocks the sheriff's ice cream onto the floor, which gets him thrown in jail. He returns home with handcuffs on. He asks Gumball and Darwin if he can have the sausage now, and Gumball confirms, saying Richard has earned it. Gumball tosses the sausage into Richard's mouth, and he happily eats it. Afterwards, Darwin holds up a burger and asks Richard what he would do for it. Richard then groans, knowing he will have to go through something much worse. 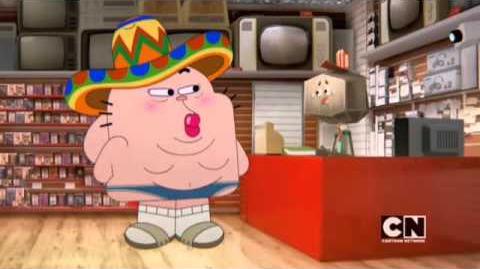 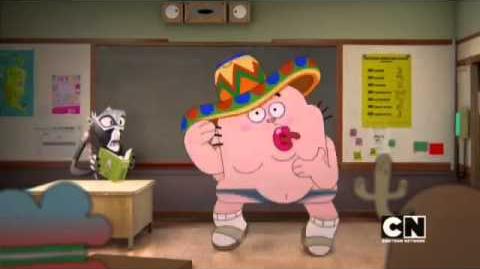 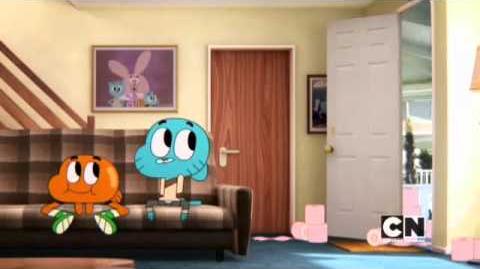 Retrieved from "https://theamazingworldofgumball.fandom.com/wiki/What_Dad_Would_Do_For_a_Sausage?oldid=570437"
Community content is available under CC-BY-SA unless otherwise noted.