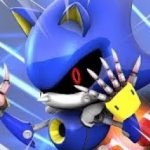 Hello, everyone. I am TwoBrainsAreBetterThanOne. You can call me Brains, or TwoBrains, or whatever, I don't really have a preference.

This show has held a special place in my heart since 2014. I had already been watching it for a year or two, but when "The Shell" aired, I became enthralled. I know it's not the best episode, but at the time I thought it was so awesome.

Of course, I'm a fan of The Amazing World of Gumball, which is one thing that has sparked, or at least contributed to, my interest in art. Around 2013, I began drawing constantly, and I still do to this day. When I don't have homework and I'm not online, chances are I'm hunched over my sketchbook. I aspire to become an animator someday, hopefully for a show somewhat like this.

I'm just not into Gumball as much right now, so you probably won't see me doing anything.

Retrieved from "https://theamazingworldofgumball.fandom.com/wiki/User:TwoBrainsAreBetterThanOne?oldid=572591"
Community content is available under CC-BY-SA unless otherwise noted.