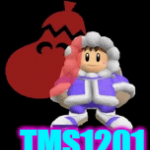 Blue, Purple and Pink together

Studying to be a animator

None to speak of

I work more on TMS Wiki then here

A Brief History On Me

Hello, I am The Mystic Stars' Wiki creator, MysticStars1201! Have my 3ds friend code *3110-9482-3390*, if you have Animal Crossing New Leaf, make sure it has the Welcome Amiibo update or we can't see each others towns, mine being Mystic. https://fanfiction.fandom.com/wiki/Category:The_Mystic_Stars to read the stories that I will add more in time. This masterpiece of a story, which is getting a sequel that I'm currently working on. WARNING: It's super long but I think you will like it! > https://fanfiction.fandom.com/wiki/The_Mystic_Stars:_Warrior_Days I'm just a follower of the TAWOG wiki and edit anything that is ain't correct. When did I started watching Tawog? I started late season 2 early season 3. I am what you would call a Penny with Darwin spiced in my work on this wiki. Who are my favorite characters from the town of Elmore? Mostly Darwin with Penny, Teri, Gumball and Leslie behind Darwin in that order. My icon is The Mystic Stars without my *Oc's* Aqua and Tora Alexander, recently updated to add Darwin's gloves as his TMS counterpart has ice powers. My favorite episode from the whole series has 100% gotta be season 5's The Puppets.

The Mystic Stars' current cast on the main characters shows down below plus a short and sweet summary of them and I can even say that they are some the most depth I've put into out of all the cartoons I've drawn over the years, most of them are lost to time though.

Gwen Marie Miyako Starburst : A bubbly, sweet and not-so-smart kitten with a lot of heart. She's the leader of The Mystic Stars despite her being the cutesy of the team, who can be really emotional. Despite all her flaws, there's no denying that Gwen is one lovable snug-bug.

Gumball Nightwolf Watterson : Gwen's girlfriend and the toughest fighter of the group, Gumball really knows how to show off his many hobbies. He likes being protective over his teams, and will pick a fight if Gwen is upset. Though he has a short temper and is easily angered, Gumball loves doing his job.

Darwin Luminous Aquamarine : Easily known for his love of reading, lack of speech, and his ice powers, Darwin is known as a quiet, bookworm with a 500 IQ. Darwin is notably has a better keen sense of knowledge, as he plans ahead much earlier then the rest of the team. Though deep below his scales, he has a soft spot for his teammates.

Aqua Specter Alexander : Ever wanted to cross a ghost with a cat who's mind is all over the place? That would be Aqua for you, the older Alexander brother, known for writing and shape-shifting through his emotions. Aqua is one fun and easy-going guy who's heart is as large as his love for food.

Tora Doku Alexander : A guy who's from Japan who's covered in thick layers of mystery. Tora, like Gumball towards Gwen, is overly protective over his beloved Aqua, despite them nothing alike. Other then that, Tora still needs to come out of the toxic layers covering him up. 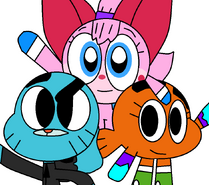 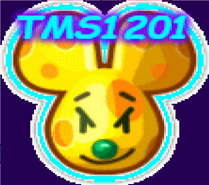 My second profile picture of Chadder

The third one, which the gif part doesn't work expect here
Add a photo to this gallery
Retrieved from "https://theamazingworldofgumball.fandom.com/wiki/User:MysticStars1201?oldid=545358"
Community content is available under CC-BY-SA unless otherwise noted.