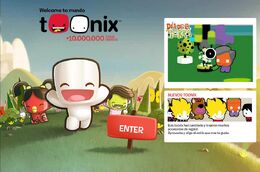 In this game, there were some objects that reference The Amazing World of Gumball. Examples of these are a Gumball Toonix costume set and a Darwin fish bowl. All furniture needed to be purchased via credits. 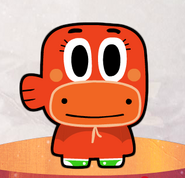 Sprites for the "Gumball" costume.

Sprites for the "Darwin" costume.

A showcase of some of the Gumball-themed furniture and Toonix costumes of Gumball and Darwin.

Some of the Gumball-themed stuff you could buy in the shop.

"Gumball" and "Darwin" riding dragons.
Add a photo to this gallery

Retrieved from "https://theamazingworldofgumball.fandom.com/wiki/Toonix_World?oldid=568715"
Community content is available under CC-BY-SA unless otherwise noted.