The Amazing World of Gumball Wiki
Register
Don't have an account?
Sign In
Advertisement
in: Location, Stores/Restaurants, Larry's Jobs,
and 2 more
English

"The Mess"
Joyful Burger is a minor location in The Amazing World of Gumball. It is a fast food restaurant/chain with multiple franchises in Elmore. Its primary employee is Larry, who is the cashier. In "The Menu," multiple Joyful Burger restaurants were shown scattered throughout Elmore, all of which have to be eaten from in order to achieve access to their secret burger, the M'Guffin. As revealed in "The Father," a pear character, "Porky", and Pantsbully also work at Joyful Burger, presumably as secondary employees. The mascot of the chain is Burgie the Clown. 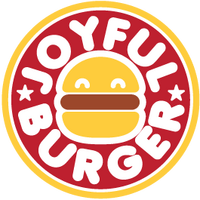 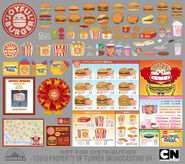