The Amazing World of Gumball Wiki
Start a Wiki

What's on your mind? 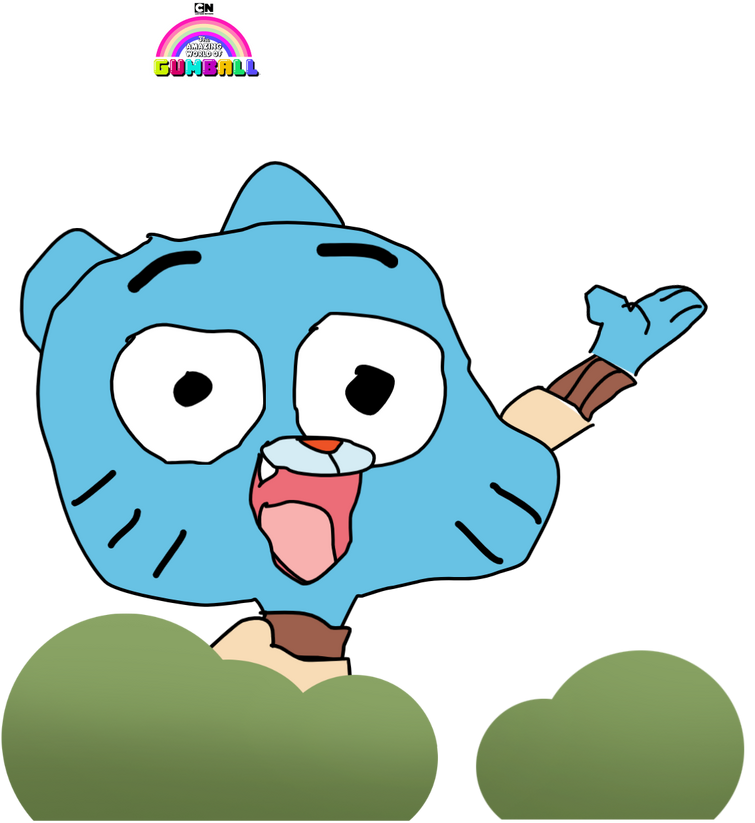 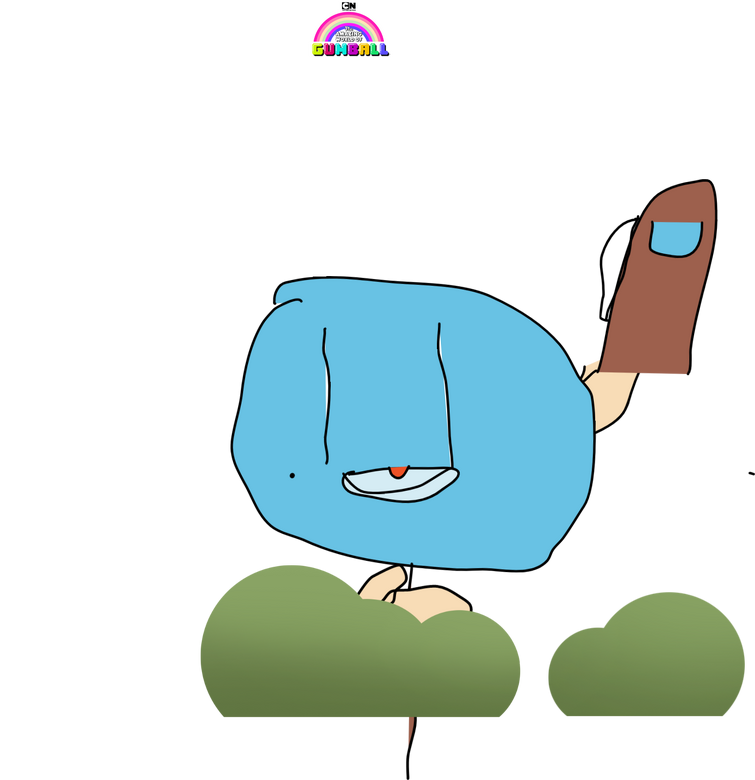 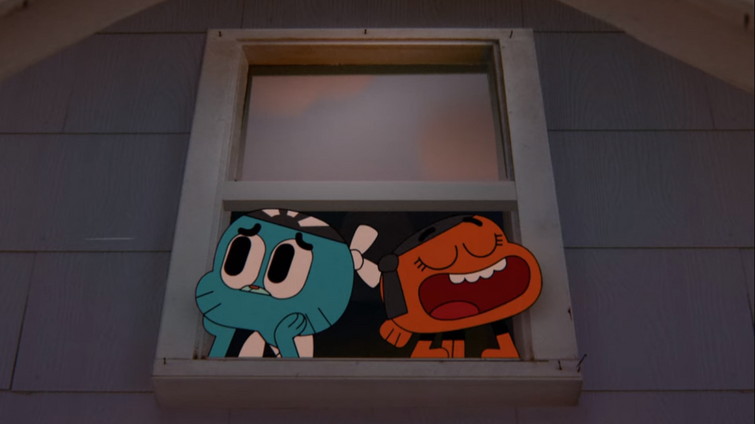 I also found out this is my 901st post hahaha

[Sidenote: NONE of my artworks are for usage, reposting or referencing!] 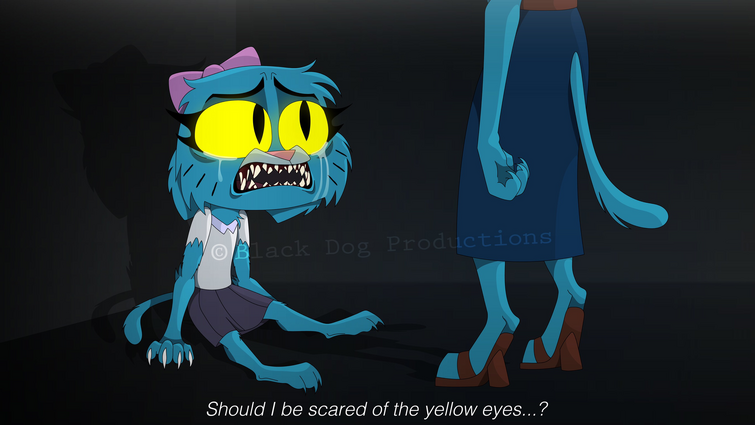 I don’t have too much context to give as everything gets explained in the third book of the fanfic saga, so I’ll drop a link below again just in case:

Okay I figured since my AU was talked about a lot under a post that had nothing to do with that (I’m so sorry) that I should make a post dedicated to it! Here are all the characters I’ve drawn so far!

Ms. Simian’s class minus Anton, Idaho, Juke, Hector & anyone else I may have forgotten.

The adults & older students, along with Anais & Josh.

Feel free to ask about anyone. You can ask to see their profile which includes their birthday, age, pride flags, & heritage flags. You can ask about their pronouns, their parents (not many characters have thought out stories, the main characters in this AU are Alan, Leslie & Carmen for the main plot, however there are a few other characters I focus on such as Penny & of course Darwin since he brings me comfort).

I do have one sketch of a comic which isn’t super clear but it should be clear enough for the pictures to be understood & then I can explain what is happening if anyone wants to see that.

Of course, as goes with most artists, my designs are not yours to be used freely. If you want to draw them go ahead, but tag me. If it’s on here use @KPRavenclaw but if it’s elsewhere please use @kp12_art, which is my Instagram username, & again if it’s elsewhere be sure to tag it with #tawogkp. Again, do not steal my designs, do not use them without credit or for your own project, however draw them with credit all you want.

(Scene opens outside the wattersons house)

Darwin: (wakes up) relax dude its not Monday morning yet.

Gumball: where is it? (searches the room frantically)

Darwin: calm down dude! Im sure whatever it is we'll find it.

Gumball: you don't understand dude! Were all dead! IT'S gone.

Gumball: I thought it would be funny if I took daisy from anais just for today.

Darwin: why in the name of everything lovable would you think thats a good idea! Don't you remember what happened the last time we lost it!

Gumball: this time it won't be a giant t-rex chasing us.

Darwin:it'll be something much worse! Dude we need to get daisy back ASAP.

Gumball: I know! First it was my friend's clothes, now it's this. This has gone too far! someone has to do something about this thief! and that someone, err people are us!

Darwin: what happensed to "The less we are involved the better it is for us".

Gumball: But you are forgetting the last part of my statement!

Darwin: So it's only your problem when it affects you negatively?!

Darwin: fine, then where do we start looking?

Gumball: Definitely not this room, its even messier than my grades. By the time we're through searching here our grandchildren would have had grandchildren!.

Darwin: how about we start by searching that large ominous hole in the middle of the room?

Gumball: that wasn't there a minute ago!

Darwin: and I think its growing bigger!

( the hole starts sucking all the things in the room, underneath all the rubble is daisy.)

Gumball: that was weirdly convenient

(The hole returns back to its original size)

Darwin: What is that thing? ( moves closer to it)

Gumball: are you crazy dude? Didn't you see what that thing did to all our stuff? You'll vanish in a second if you touch it. Just leave it and let it be (the hole reshapes into a blob) whatever it is, it can't be good.

*The episode ends from the blob's point of view, everything is dark, but there is suddenly a flash of light*

Well guys, thats the end of the first Episode, how was it? On a scale of 1 to 10, what would you give it? Feel free to comment and I promise I'll post the next episode, the end 2, very soon. Thanks for reading!

How to play: Type the character you want to eliminate in the comments!!!

Sorry if this took to late cause i was busy at school, school just started one week ago lol 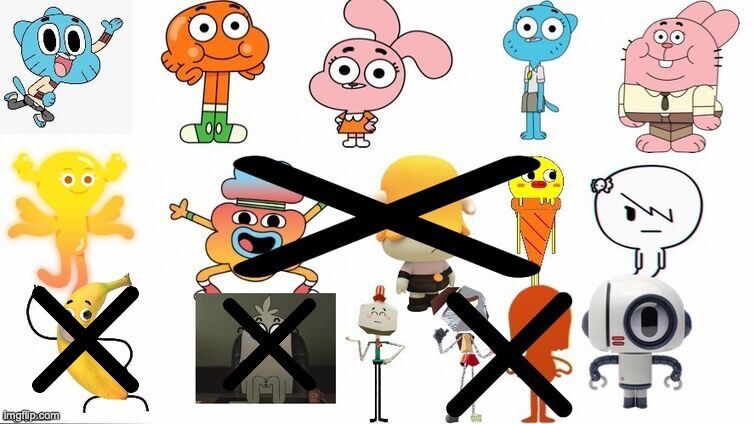 (Episode opens with gumball and darwin walking down the street)

Gumball: i'm telling you dude, no one's gonna watch a movie about a dude trying to stop a radioactive plant trying to kill its creator, i mean, what would it be called

Gumball: more like, ummm,uh. you know What, I got nothing, the name's bad enough already

Gumball: uh darwin, earth to darwin. What are you looking at?

(Camera pans out to the street, everything is in chaos)

Gumball: (to leslie) dude get some clothes on *covers his eye*

Leslie: has anyone seen my pot?! Its missing!

Banana joe: who cares about your pot! My peel is missing, how would I do my "I slipped over myself" bit now!!

Gumball: trust us dude, we've seen your bit and you're better off without it, your bit not the peel.

Darwin: It's either there's a burglar who likes questionable content on the internet in town, or the world's going crazy

Gumball: let's be honest it could be both.

Darwin: i think we should go help them

Gumball: I have a better idea! How about we DON'T offend our eyes by hanging around them any longer than we have to?

Darwin: what do you propose we do then?

Gumball: Let it be. Im telling you dude the less we are involved, the better it is for us.

Plus, its not our problem.

Gumball: lalalalala, I can't hear you

*Walks away while blocking his ears*

Actually thats not the ENTIRE Episode, its just the first part. So guys how is it? If you like it feel free to comment and I promise I'll drop the next part very soon! Thanks

What episode she wore one?

Gumball and Darwin got trapped into the void and they tried to find a way to escape. So Gumball and Darwin explore the whole void and a portal came out (There we're 3 of them) And the first portal shows the Teen Titans Go tower and Robin and Cyborg came out of the portal. In Portal 2 three of the Powerpuff girls came out!! In Portal 3 Finn from Adventure Time came, and so thats all of them. Gumball and Darwin talked to all of them and they all said they we're teleported to the void by their villlains and they have to find a way out to their own all world. The ending is that all of the characters came back to their shows and it all ends well THE END

A new boy came to Elmore Junior High and he is very annoying like VERY even the teachers hated him and they know they had to get rid of this new student, so they tried to trap the student inside a sewer and theres gonna be Alligators like scaring him, but it went wrong instead the boy get eaten by Alligators and die....... In a kids cartoon show..... 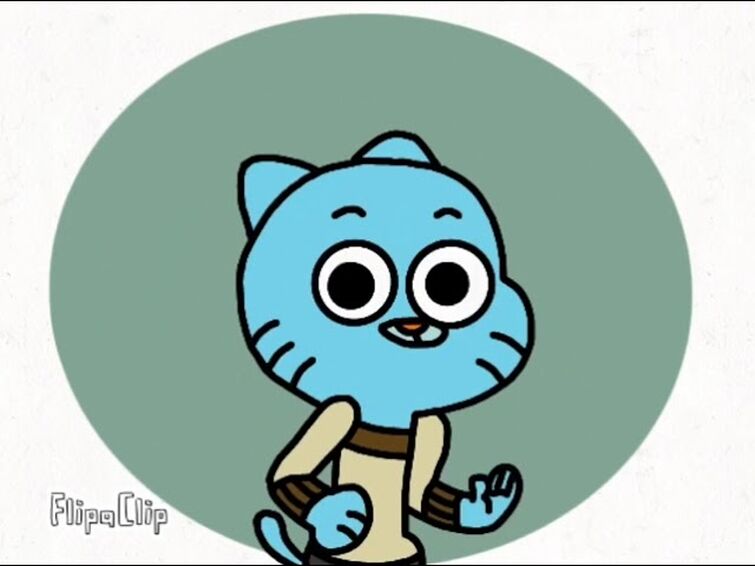 Also for those interested, should I consider posting some of my stuff here again? I kinda started doubting about my capabilities and skills, and I felt that my art is getting worse 😕 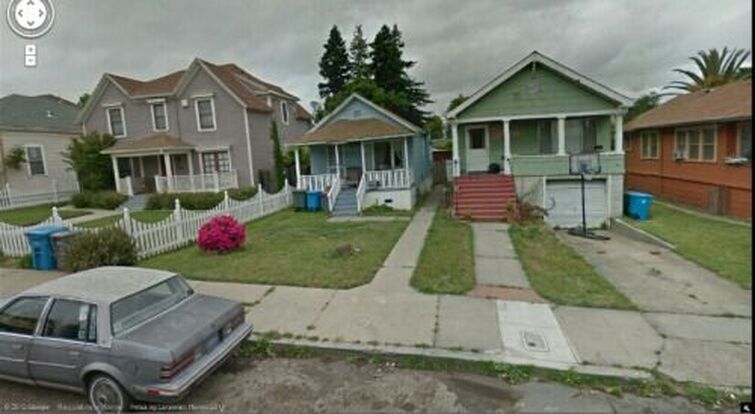 So I Always Thoughted This Location From The Amazing World Of Gumball Was Fictionary, However If You Look For The Location On Google It Is Real, I Thought 💭 It Was Not Real, But I Say This Wasn’t What I Expected

After some advice to focus on other stuff from a certain someone, i figured that i'd stop editing and post stuff for a change. But im not doing drawings though, its unoriginal (considering how many people have done it)

I'll be doing episode and movie ideas for TAWOG . So here are some

1. The end: gumball and darwing find out that things are disappearing from elmore and try to find out why

2. The end 2: gumball and darwin find out the void is invading elmore and try to stop it before it l's too late

3. The reconciliation: gumball and darwin try to find rob for help

4 the catastrophe: gumball and darwin are accidentally sucked inside the void while looking for rob

Most of the episodes i created are based on a running plot. I'm also working on the transcripts.

Where u Draw Your Drawings Online, I Draw Them On:

Note: This Is A Summer Drawing Challenge For 2021 I Made Up, I Will Also Draw Darwin By The First Time.

Sorry that i'm asking these weird questions, but i just want to know that. I do know that Gumball did but i don't know that does Nicole did armpit farts, does anyone know?

I’m sorry, I will never understand why people like this episode so much. It doesn’t make sense, the plot is confusing. The Yoshida lady is psychotic and worst of all it includes anime. I really really don’t like anime. Just my opinion.

Someone please help explain this episode to me 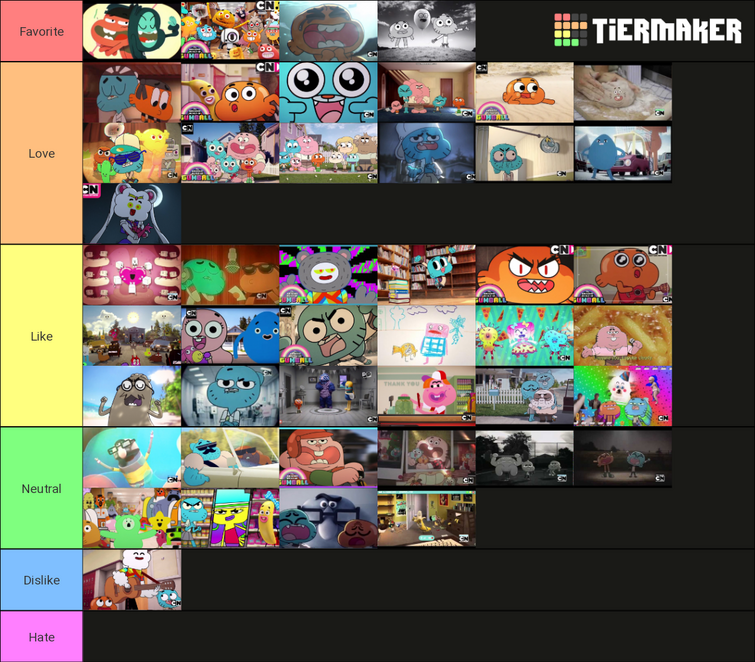 Help us grow The Amazing World of Gumball Wiki